Harness the power of habits in your marketing strategy Have you ever driven to work, only to get their and realise you don’t remember anything from the commute? Or light up a cigarette, without realising you were even doing it?

A study from Duke University found that habits, rather than conscious decision making, shape up to 45% of the choices we make every day. So, what does this mean when it comes to your marketing strategy?

While some purchasing decisions require a lot of thought and research, much of what consumers end up spending money on is merely a result of habit. In his book, The Power of Habit, Pulitzer-prize winning journalist Charles Duhigg explores how businesses can harness the power of habits as part of their marketing strategy to predict consumer behaviours and inflate profits.

“Almost every major retailer, from grocery chains to investment banks to the U.S. Postal Service, has a ‘predictive analytics’ department devoted to understanding not just consumers’ shopping habits but also their personal habits, so as to more efficiently market to them,” wrote Duhigg in the New York Times article “How Companies Learn Your Secrets”.

By studying shoppers’ habits, companies can predict what customers will buy. Retail giant Target succeeded at leveraging shoppers’ behaviour to predict future purchase decisions in such detail, that it’s rumoured they can tell when a customer is pregnant, often before close friends and family know.

By analysing data gathered from women who created a baby registry and identifying future trends. For example, based on the data Target was able to collect, they noticed that at 12 weeks, pregnant women started buying lots of vitamins and minerals, and then at 20 weeks, most pregnant women would stock up on unscented lotion.

It was profitable for Target to identify this customer base, because of how habits are formed since consumers generally shop habitually. During transitional phases of a person’s life, such as a pregnancy, new habits are formed, and companies like Target want to be the first to establish new habits during that phase. In Target’s view, a new mother shopping for baby supplies while pregnant is likely to form new habits and keep going back to Target habitually as a mother long after their child is born.

Habits, versus well thought out decisions, are harder to influence. But as a marketer, if you can figure out how to get your target market to incorporate your products as part of their regular routine, your audience acquisition level is likely to increase significantly. It’s important to remember, you don’t have to create a new habit, you simply have to embed your product into an existing habit or action taken by your target market.

An example of a product that’s achieved this is Febreze.

Procter & Gamble (P&G) launched Febreze in the late-90’s. But, despite the brand promising it could “remove bad odours from almost any fabric”, Febreze attracted very few purchasers at first. P&G hired a team of behaviour experts to help them figure out why this was the case. Through their research it became clear that even the strongest scents fade with constant exposure, meaning the people who needed Febreze didn’t realise it, because they couldn’t smell the strong odours themselves.

After realising this, P&G shifted their marketing to emphasis the use of Febreze at the end of a cleaning routine. Housewives flocked to the store and started using Febreze every day when cleaning. Building this habit proved crucial for the brands success, and Febreze now generates over $1 billion in revenue every year.

Another example of a business effectively embedding itself into our daily routine?

Facebook and other social media channels fulfil the habit cycle because our brain releases a hit of dopamine when we see a red notification pop up, thus rewarding the user for spending time on Facebook. Facebook is well-aware of this, and you’ll notice that updated Facebook interfaces include even more red notifications that update constantly. That dopamine hit becomes a habit that social media users crave, keeping them addicted to apps like Facebook and Instagram. For better or worse, checking social apps like Facebook has become a habit for many users and a part of their daily routine.

For marketers, identifying habits and shaping consumer behaviour can be a valuable strategy to drive sales. When considering your product, ask yourself, how can I predict consumer behaviour to embed my product into their everyday life? Building a marketing strategy around habitual use will not only drive sales, it will also promote brand loyalty, which means repeat business and word-of-mouth marketing from your most valuable customer base.

Not everyone finds you remarkable: The case for strong brand positioning 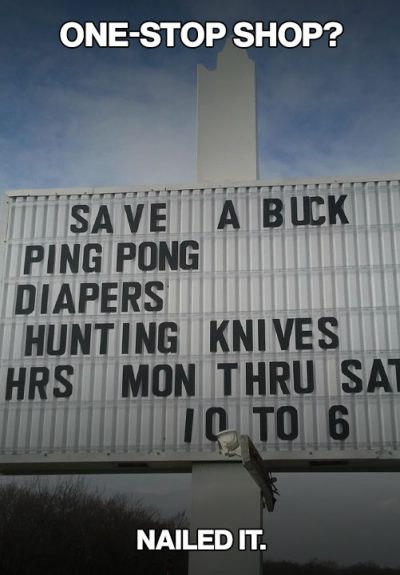 Let’s get to work.

Entrepreneurs are the most hard-working and passionate people we know, it’s why we specialise in their goals. Founders who seize the opportunity to invest the time and funds into building creative business strategy sleep better at night.

Tell us who you are and what you do, we already know the why.